From The RBI Baseball Database
(Redirected from Chili)
Jump to: navigation, search 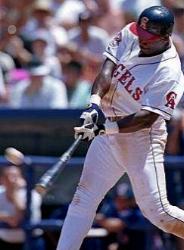 Chili as an Angel

Simply put, Chili Davis is the shit. He's the superior 7 hitter in the game and with the third most power in the lineup behind only Candy Maldonado and Will Clark, Chili puts some much needed pop in the San Francisco Giants lineup. Power is not the only dimension of his game, as he also brings some serious speed to the table, possessing the highest rating on his team.

Born in 1960 in Jamaica, Chili had a very, very solid professional baseball career, blasting a total of 350 homeruns and driving in over 1300 runs. Chili ended his career with the New York Yankees, earning a World Series ring as their designated hitter in 1999.

Chili Davis is the key to the San Francisco offense. Though some are close (Raines, Gibson), Davis' blend of speed and power is unmatched by any RBI'er outside of Darryl Strawberry. He also has the semi-advantage of hitting so low in the order. Many teams (Minnesota and New York (NES) come to mind) have virtually no power in the 7 or 8 position, having Davis there gives you a real threat late in the order.

Charles "Chili" Davis, who played 19 season in the Majors, was known as "Chili Bowl" as a child because of a poor bowl cut around his head.

Years later, the bowl was dropped and "Chili" was printed on his baseball cards until he retired with the New York Yankees in 1999. 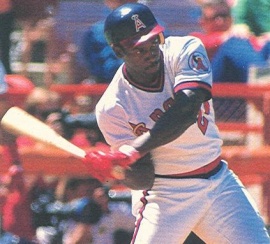 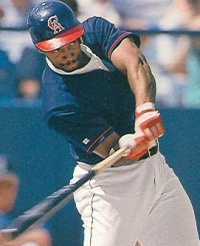 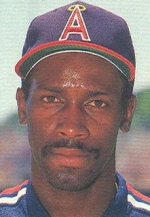 Davis is a San Francisco Giant on RBI Baseball, but was more famous as an Angel. 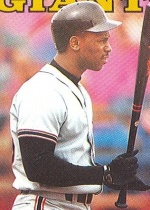 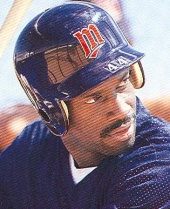 Chili on the Twins 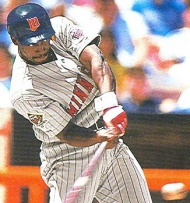 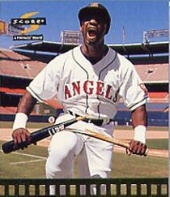