From The RBI Baseball Database
(Redirected from Coleman)
Jump to: navigation, search

I cannot be thrown out from deep in the hole, bitch!

The speediest player in all of RBI Baseball, Vince Coleman is the leadoff hitter for the St. Louis Cardinals. His incredible speed sometimes makes up for his lack of power and once on the basebaths; he can be quite a terror.

He will be remembered for his speed, futility, and the irony wrapped in his Hall of Shame Entries. 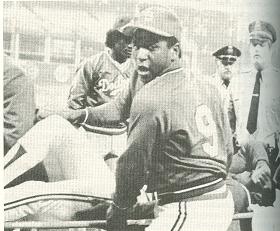