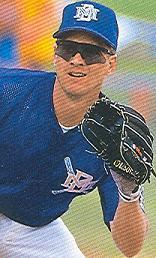 Kevin Lee Seitzer is a bench-player for the Anerican League All-Stars. He is usually one of the last choices off of the bench, with a decision usually coming down to who to substitute for Bill Schroeder - him or Julio Franco.