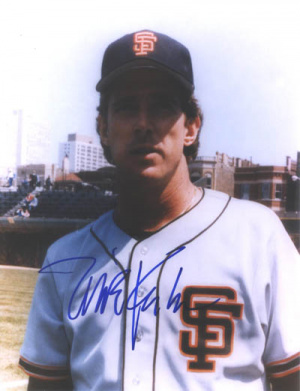 Mike Krukow possesses one of the nastiest drop pitches in all of RBI Baseball. With a solid curve and endurance rating, many anything goes players find him very useful. Much like his entire San Francisco team, Krukow is nothing spectacular but can get the job done when in the right hands.

Mike Krukow was an All-Star pitcher for the Giants, Cubs, and Phillies. He currently is a broadcaster for the Giants. His insights and the great baseball stories he tells during his broadcasts and his great sense of humor make listening to "Kruk" a joy.