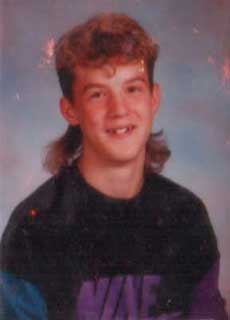 On the forums, Vit is known for speaking his mind and has an agressive debating style. As a result, some of his discussions have gotten a bit heated, but at the end of the day he's an important member of the forums. He is especially active in political and sports discussions...

Vit's most notable forum debate rival would have to be Darkside, the Darkside camp took a huge blow when it was discovered that Vit wasn't actually the weird looking kid with the mullet, thus stripping Darkside of his failsafe rebuttal.

Vit is the 2005 Dee-Nee Tournament Champion