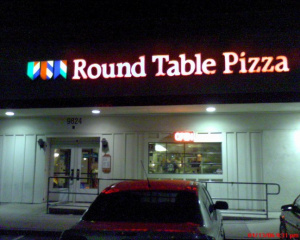 Round Table Pizza in Santee, CA - The home of Arcade RBI

Santee, California is a suburb of San Diego with about 50,000 residents. What the heck does Santee have to do with RBI? Santee is home to a Round Table Pizza that, as of January 13, 2006, has a playable version of Arcade RBI. Though there are a couple spots emailed to Gantry with Arcade RBI, the Round Table is the only place in the country with a verified working Arcade RBI since 2000.

Here is the transcript of the working Arcade RBI by James Adams. In a email to Gantry, he writes:

Anyway, the reason I emailed you was that I got a laugh out of the portion of your FAQ where you mentioned that there was still a working RBI Baseball arcade game in Santee as of 2002. That area used to be my old stomping grounds and I remember back in the late 80’s playing RBI there all the time after soccer and baseball games. I hadn’t been there in years but I dragged my wife with me and we made the trek there tonight to see if the RBI holy grail still existed. As we drove there, I couldn’t fathom how it could still be there. We used to beat the hell outta that game and that was 17 years ago.

Low and behold, we walked in and sure enough, it was still sitting there in the exact same spot it had when we were kids. It definitely was a little worse for the wear, the screen has faded, there were plenty of scratches and chipped paint but remarkably the controls played very true. So I sat down, threw a couple of quarters in and was on my way. I took the Yankees and had a 4-0 no hitter in the sixth vs. the Cards before I was tagged for two runs. My wife had already used all her quarters playing Mario Brothers and looked bored so we called it a night.

So I just wanted to let you know that as of 9:30pm on January 13, 2006, there still exists a working RBI Baseball Arcade game at a business establishment. I included a couple photos to back up my story. 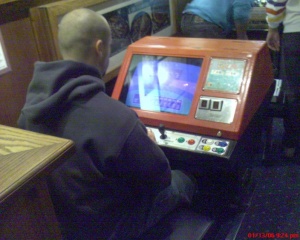 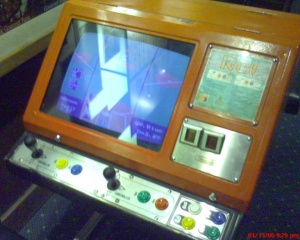